More than 81% of the top Apps are Native Apps

Since the beginning of this project I have been wondering. It’s it so important for the end User to use an App that is not developed natively. For my part, i am too much in love with the Apple ecosystem & Swift.

So I was wondering if we could detect and measure an impact on the choice of technology used to develop the application.

In this study, I decided to focus on Apps rankings, using 10566 Apps scanned by AppScan.

Native is dominiting the Apps development 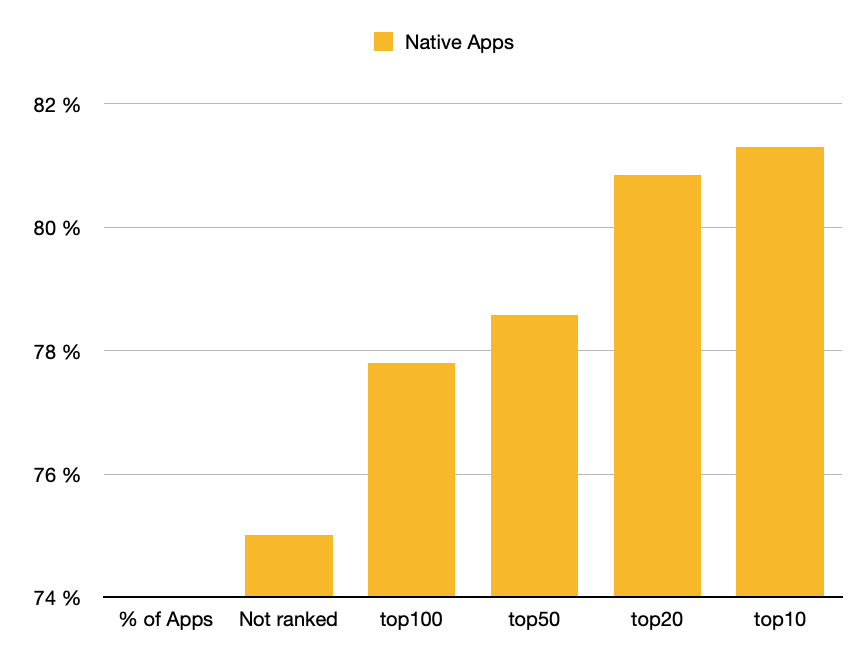 React native at the second place 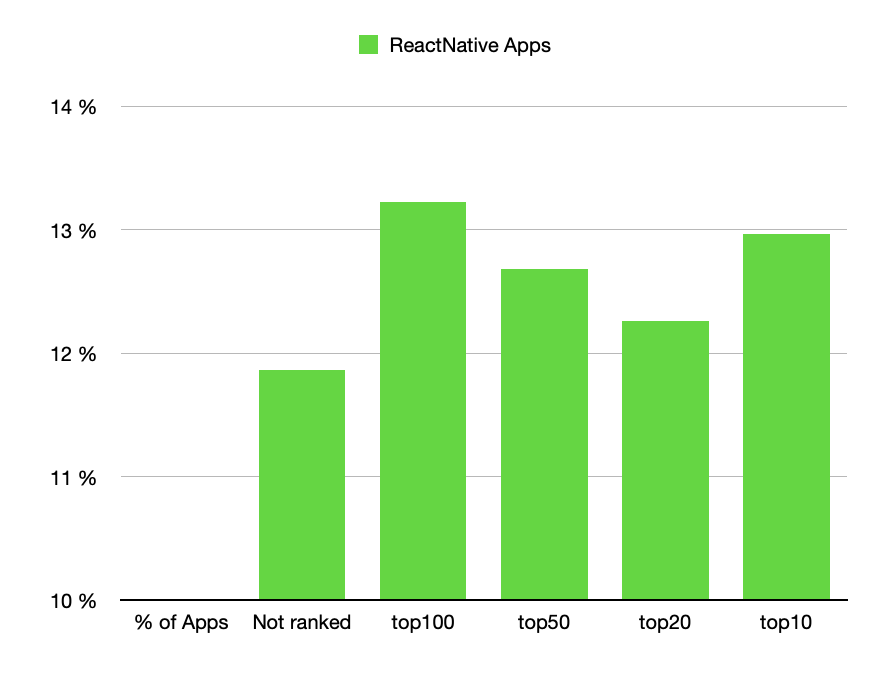 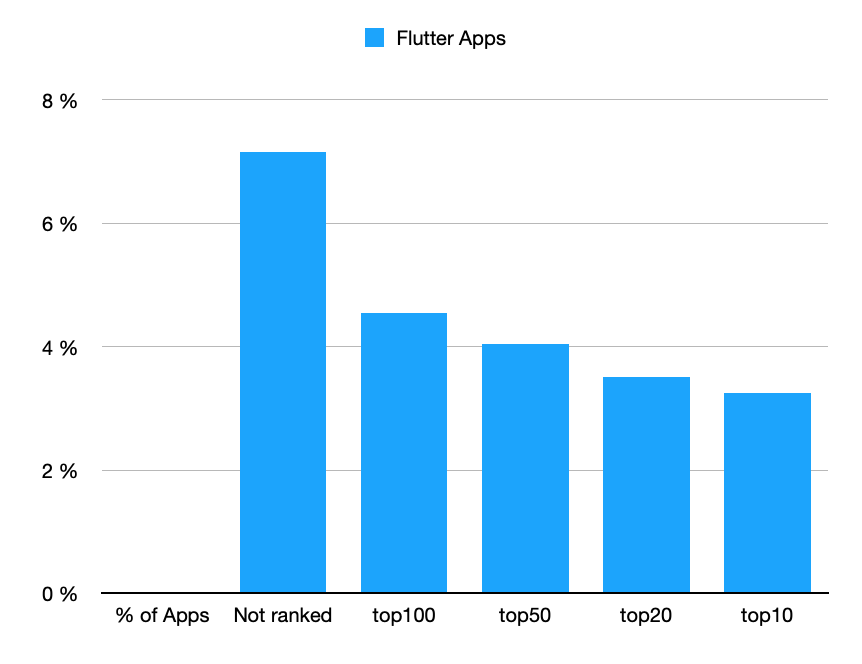 Impact of the technology on rank, conclusion

If your goal is to take a seat in the top ranked Apps, developing a native app seems mandatory. ReactNative et Flutter are good challengers. I forgot to mention Cordova & Xamarin in this study but the numbers are small than Flutter and the correlation pretty similar (less and less pourentage on each steps to the top 10)

While writing this article I had some hesitations… How does Apple decide to rank an app? Is it just a fair result?

How analyze a competitor App?

How to audit an iOS app?

More than 81% of the top Apps are Native Apps